It’s a natural human urge to want to do something good and meaningful while we are on this planet, and in recent times there seems to have been an explosion in movements dedicated to social responsibility, change, and activism, in a number of different forms.

Among other things, though, the desire to do some good in the world and make things better can often cause a lot of internal confusion, turmoil, and can also be misdirected down fruitless or even harmful avenues. When all is said and done, the more complex and lofty your plans are, the likelier they are to get derailed or go wrong, somewhere along the line.

Train to be useful to others, professionally

Certain jobs just naturally mean that you will be of service to others, as par for the course. Often, those jobs require quite a lot of specialised education and training, but the pay-off is that you get to go to work every day with a sense of meaning, in the knowledge that you are going to do something to make someone’s life at least somewhat better, on a more or less routine basis.

The key, here, is to do your research and to look into the sort of jobs that might appeal most to you. Then, commit yourself to training for a career that is based, essentially, on helping others in a direct and tangible way.

Qualifying as a doctor is, perhaps, the most obvious example of this kind of job, but there are all sorts of other health and public-service-related career paths that will tick the right boxes. Choosing a public-health concentration at USC, for example, can certainly put you in the kind of environment you want to be in, for something like this.

Focus on having integrity and being consistent with your values, at all times

Hypocrisy and dishonesty regularly ruin people’s lives, and sow seeds of destruction that can be hard to uproot and compensate for. Relationships, families, companies, and entire communities, are frequently ruined because of influential individuals who have compromised on their core values, and have engaged in deceit and treachery.

Before trying to plan for how you can have a dramatic and sweeping positive effect on the world at large, it’s essential to understand the power you have to make the world better or worse, on a microcosmic scale, via each interaction you have in your everyday life.

The more you are able to behave with integrity and be consistent with your values at all times, the more trustworthy you will become. The more the people around you will be able to lean on you and take comfort from you. And the more fulfilled you will be in your life as a result.

It’s all but impossible to really be a force for good unless you’re able to act with consistency, and to be a representative of the values that you want others to adhere to.

Try to do one good deed every day

Carrying on from the last point; just as it’s important to avoid any violations of your own ethical standards, it’s also important to look for small-scale ways that you can inject a bit of good and positivity into the world around you, and the lives of those near to you, during the course of your everyday life.

You may not, functionally, be able to do something to help every individual in the world who is in a bad situation. But you can definitely do at least one thing every day to make someone’s life a bit better, or a bit happier, that they would otherwise have been.

This is the same idea as the Scouts of yesteryear being told to “do a good deed every day.” It’s a timeless idea, because it really works, and what’s more, the “good deed” doesn’t have to be anything massive or dramatic in order to have meaning.

Think about the last time someone in customer service was exceptionally friendly and helpful, when it would have been well within their power to be distant and bureaucratic, instead. Or, think about how much you appreciate the small gestures of affection from the people close to you.

All of these small, positive actions have a ripple effect and can spread greater positivity. It’s also the case that when you get into the habit of looking for ways to be helpful and of service, you will begin to find more, and bigger opportunities to do this on a regular basis.

Take care of yourself and hold yourself to a high standard – the good you do in the world will be magnified, and you will set a positive example for others

There are a lot of people out there who suffer from all sorts of negative circumstances in life, including the internal torment that comes with conditions such as depression. It’s entirely possible that you, the reader of this article, are in that situation yourself.

Often in life, the people who are harshest and least forgiving to us are ourselves – and frequently, we will abuse ourselves when we would never dream of behaving that way to a friend.

One of the best things you can do, in order to have a positive impact on the world around you, is to begin by taking care of yourself and holding yourself to a high standard. If you take care of yourself properly, and address your own problems with compassion and diligence, you will become a more positive, and energized person.

More than that, though, you will also magnify your ability to do good in the world, and you will set a positive example to others, who likewise may be struggling in the same way you are. 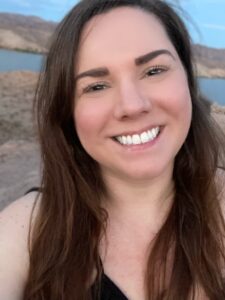 I had the best meal EVER with the @barebonesliving

We’re heading to Hawaii! 🌺 Oahu to be specifi

I’d hike that ⛰ [that’s what my shirt says